The association tatiana fund works to foster a shared idea of solidarity.

It wants to promote culture in its widest sense and in particular the culture of solidarity, peace and international cooperation mainly helping children and young people through education, giving priority to literacy and improving on the offer schools give, including positive socialization.

We support initiatives of individuals and associations who intend to work or are working in severely underprivileged or difficult social contexts; we give special attention to initiatives including education and professional training. Support can include financial help, materials, common projects and free professional advice.

We promote the culture of solidarity through mutual collaboration and respect of cultural diversity. 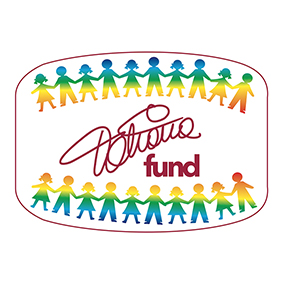 We are a charity founded by 10 people in memory of tatiana sartor, the daughter of one of our members. This charity has the aim to carry out the wish and plans Tatiana had before dying in a car accident.

She was a very positive and smiling young women who learnt from her family, her grandparents and parents, to take up and promote solidarity actions.

Her last initiative, before her sudden death, was in favour to the foundation “Bambini in Emergenza” which, at that time, 1996, was helping children in Romania, the country where his father was working.

She was about to finishing her degree in economics and commerce for tourism in Assisi, (a branch, at the time, of the University of Perugia). She intended to use her training and skills in favour of an international solidarity association. She believed that charity associations should have no administrative costs, namely, all the benefits and money raised should go to the people in need not to pay administrative and organizational costs.

Our association we have adopted this principle: all donations go directly and solely to the projects we support. The members of the association meet all the administrative costs.

We have the aim to be a charity association “zero cost”.

In 1996 Indian teachers founded the school Bal Prakash (Rajasthan, Ajmer) run on voluntary bases.  The school offers education and shelter to children and young people who, otherwise, would not be able to go to school or would be sent to work (in some cases child labour). In 2006, one of us visits the school and establishes contacts with its organizers.

In 2010, to celebrate the 70th anniversary from its foundation, the secondary school Liceo Scientifico Statale Grigoletti in Pordenone (Italy) adopts the Indian school Bal Prakash. The two schools become partners. With an initiative promoted by the Head of Liceo Grigoletti at the time, Prof. Francesco Andreoli and thanks to three teachers, Laura Cimetta, Cristiana Ziraldo and Paola Schincariol, a fund-raising is organized in favour of Bal Prakash. This allows Bal Prakash to carry out the long-needed project of Water Harvesting: Bal Prakash is situated in an area in Rajasthan where water is one of the most precious and scarce resources.

All these positive energies have contributed to the birth of our association tatiana fund on 15th October 2013.

By continuing to use the site, you agree to the use of cookies. more information